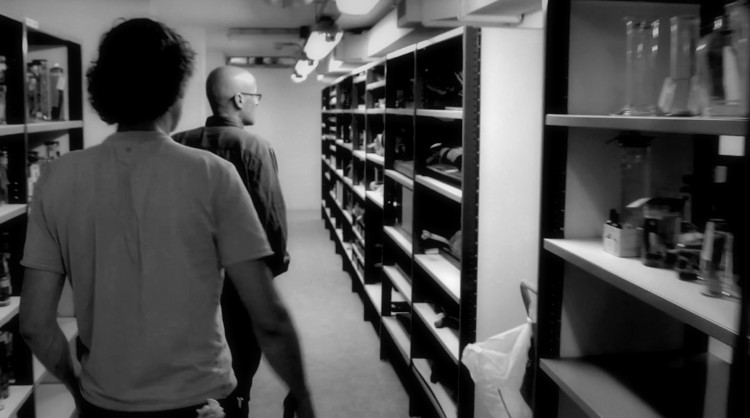 In 1903 Daniel Paul Schreber published the most celebrated autobiography of madness ‘from the inside’ ever written. SHOCK HEAD SOUL interleaves documentary interviews, fictional re-construction and CGI animation to portray his story.

Daniel Paul Schreber was a successful lawyer who, in 1893, started to receive messages from God via a Writing Down Machine that spanned the cosmos. He spent the next 9 years confined to an asylum: tortured by delusions of cosmic control, suffering the belief that he was shifting gender and that his body was subjected to cruel ‘miracles’.

Schreber believed that only his submission to God’s plan to change him into a woman would save the world. During his confinement he wrote MEMOIRS OF MY NERVOUS ILLNESS, which has earned him lasting fame as an outsider artist, it allowed him to argue that that his belief system was a matter of religious freedom and that he was sane enough to return to live with his wife and adopted daughter.

The film’s mix of forms creates both a love story and a cinematic essay that explores the borderline between religious vision and deluded fanaticism, and explores the intimate link between family secrets, psychiatric diagnosis, and the limits to our contemporary understanding of mental illness.

What do you think?