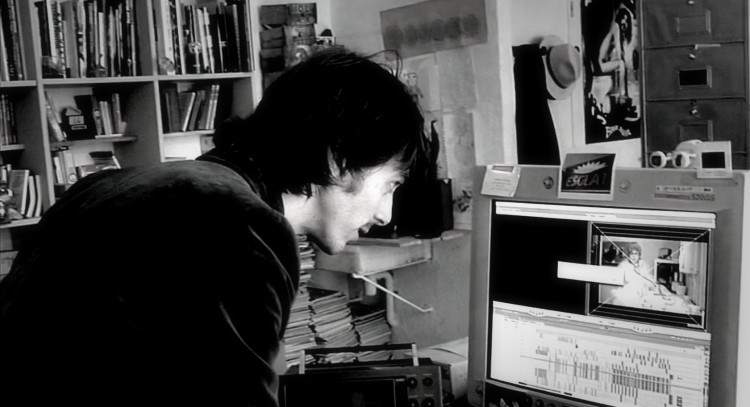 In Paris we met with one half of the design duo that makes up Studio Deubal. Deubal is a French creative agency consisting of Stéphanie Lelong and Olivier Marquézy. We fell in love with their original character-based title sequence designs. When we visit Olivier in his studio, he’s on his last legs. He’s been pulling an all-nighter.

Studio Deubal’s animated film title sequences caught our attention during our research for Forget the Film, Watch the Titles – SubmarineChannel’s project dedicated to the art of film title design. Four of Deubal’s designs are included in the collection: Le Cactus, Hors De Prix, Crustacés et Coquillages and Après Vous. Each one is unique and different, but they all ooze elegance and style. French style, that is.

Olivier studied graphic design, not animation or motion graphics. He learned how to do it from watching others. As Olivier hops through his studio, opening cabinet drawers and folders on his computer looking for stuff to show us, he is searching for the right words to describe French style. He doesn’t really come up with a satisfying answer. But he does find a nice hobby project to show us, that involves sampling and sequencing movie clips. (text: Remco Vlaanderen)