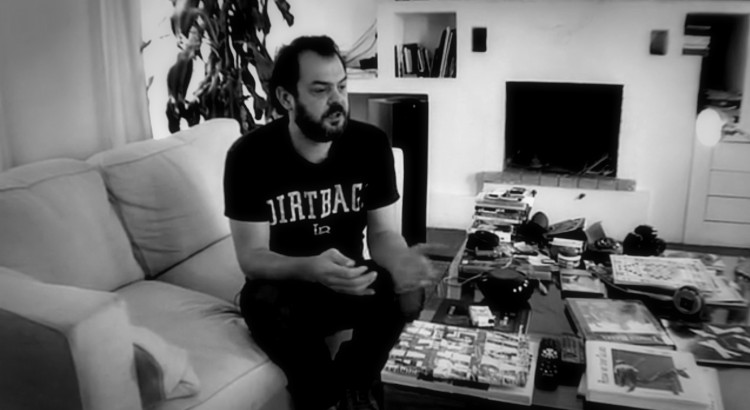 He dropped out of high school and didn’t finish his art studies either, but that did not prevent him from making it big in the industry. Paris-based graphic designer and video director Alex Courtes is a busy man, but he still managed to invite us for a coffee in his apartment and escorted us on his motorcycle to Machine Molle, a motion and graphic design agency. Here, Alex is working on his latest project: a new commercial for Ebay.

It all started when Alex met Martin Fougerol at art school, back in the early 1990s. Together they produced album sleeves and music videos for French artists like Cassius and Air. It didn’t take long for them to draw international attention, and soon they were directing videos for super bands. For The White Stripes for instance, Alex & Martin helmed a hugely acclaimed promo for the song Seven Nation Army, which was nominated for an MTV Award for Best Rock Video. They went on to deliver the new video for the long awaited new U2 album, Vertigo, which went on to win a Grammy for Best Music Video and was nominated for many other awards worldwide.

After numerous more music videos Alex now concentrates mostly on commercials. He is represented by Partizan, the prestigious agency that produces music videos and commercials. As for the future he has plans for a feature film, but as friendly as Alex may be, he didn’t want to elaborate on that yet. We’ll talk to him again when the time is ripe.