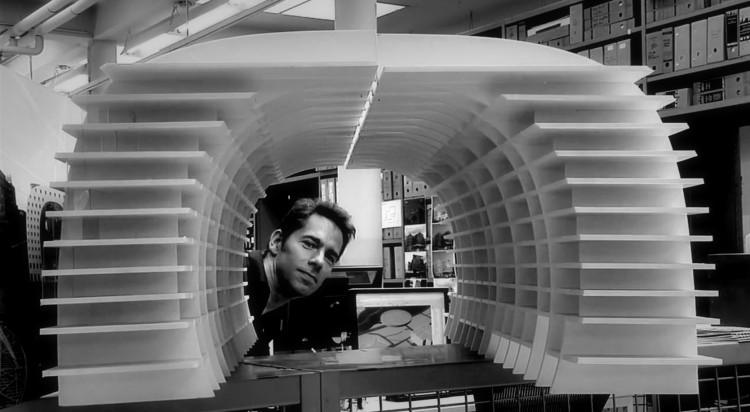 Since the mid nineties the architects of MVRDV gained much admiration for their extraordinary architectural designs. Initially in The Netherlands, for instance with an unorthodox office building for a broadcasting company and with the Silodam, a building that stretches out in the waters of the Amsterdam harbour, looking like a giant container ship. The colourful complex showcases MVRDV’s approach to density – a collection of several different neighbourhoods condensed into one single building.

International attention came with the Dutch pavilion at the World Exhibition in 2000 in Hannover. MVRDV surprised it’s visitors by stacking Dutch landscapes into a square tower formation measuring 40 meters high. At the moment MVRDV is working on numerous projects around the globe. As diverse as these projects may seem, they all share the same challenge for MVRDV: finding original solutions for intensified use of space… by combining a variety of functions. The new market hall in Rotterdam is but one of many projects of MVRDV where this idea of producing, instead of consuming space, comes apparent.

Since their formation MVRDV has published visionary studies about global ecological issues, like KM3, a bulky book about how to prevent the suburbanisation of the country side. In their study Pig City, MVRDV proposes it’s controversial thoughts on accommodating pigs in high-rise farms.

What do you think?