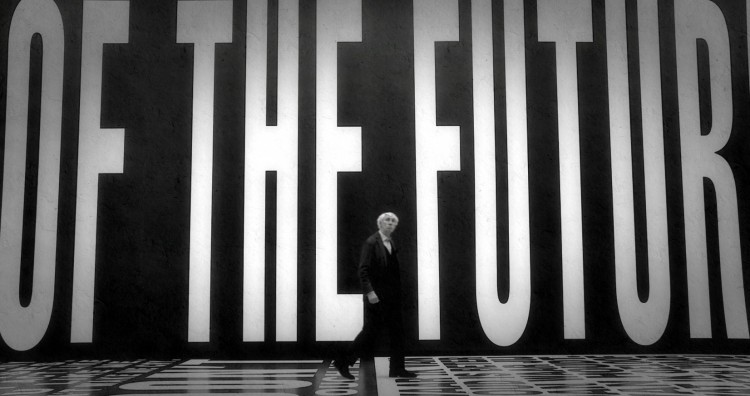 Wim Crouwel is the grand seigneur of the Dutch design world. Now, at the age of 83, he can look back on a extremely productive career. As a highly influential designer, as one of the founders of Total Design, Holland’s first real multi-disciplinary design studio, a studio in which complex issues were analyzed from different angles offering a totally integrated and systematic design solution, as a professor, educating generations of students at the Technical University of Delft. And as a director of the renowned Museum Boijmans van Beuningen in Rotterdam.

Crouwel is especially admired for his systematic approach in which the use of grids plays a very important role in his lay-outs. Since the beginning of his career, Wim Crouwel has been strongly influenced by the modernist notion of Functionalism. The principle that architects should design a building based on the purpose of that building.

Wim Crouwel designed posters, brochures and catalogues for 2 major art museums, first for the Van Abbe Museum in Eindhoven – and from 1964 to 1985 for the Stedelijk Museum in Amsterdam. When he started to work for the Stedelijk Museum he took a totally different path than his predecessor, director and designer Willem Sandberg. In 1956 Crouwel saw the results of the first digital typesetter. They looked so bad that he designed a type face, called New Alphabet, that better suited the capacities of this machine. In 1973 visionary Wim Crouwel – influenced by the early digital developments at the time – introduced the term Form Preparation.